How To Throw a Good Party This Summer 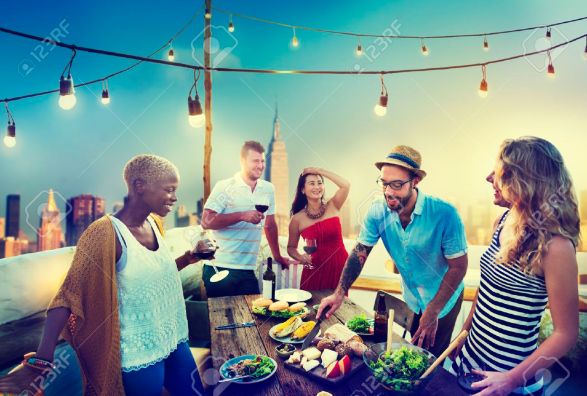 “Make it a Potluck”

We’re finally into the summer party season, and you’ll no doubt be celebrating at your cottage up North, hitting a patio downtown, or throwing a backyard BBQ. You will surely be stocked with cold beers, coolers, freshly rolled joints and other party favours to help keep your guests inebriated. And let’s not forget the staples: juicy burgers, sausages, and some unidentifiable vegan choice. You’ll probably have a couple card games on hand like Cards Against Humanity, or Uno. And this would all seem like enough..but often, it’s not – not if you want to make your party memorable. Here are some ideas to add some originality, fun and excitement to your shindig, and ensure your parties will be the most talked about this summer!
1. Get Decor – Buy some decor at a store. I know it seems tacky, but it’s better than nothing! Eg: Streamers, balloons, and other party favours. Tip: These can all be bought at Dollarama.
2. Plan Some Games – This may seem childish, but as I’m sure you’re well aware, a drunken crowd is a childish crowd. Some ideas: Pin the Tail On the Donkey, Twister (this will turn x-rated pretty quick, unless it’s a family function), Truth or Dare, Card Drinking Games like Kings Cup
3. Have Prizes – Don’t forget to have prizes for the winners. I usually like to have cheesy prizes ie. stuff you can get from the dollar bin, as it makes it funnier, promotes good sportsmanship, and will ultimately save some $. Some favourites: Bag-o-nuts, a pair of socks, or some kind of childish toy. It’s probably good to have a real prize for the harder games like Trivia. For this you can have nicer items like a bottle of Tequila or a movie Gift Certificate. Tip: For a great prize (and to save you more $) you could make a “Dinner for two with Me and You” gift card where you invite that guest and a plus one for a dinner night. They will love it cause they’ll get to spend more time with you!
4. Host a Trivia Game – Everyone likes to play trivia at the pub, but how about in your own living room? And have guests answering questions you designed yourself? Tip: Make it theme related ie. On a trip to Chicago you could include trivia about that city, or for a birthday you can find out trivia about the birthday boy (ask his girlfriend the answers beforehand so it makes it super subjective!)
5. Play Kings Cup – I mentioned this in #2, but I felt this game needed a whole category in itself. You know it – it’s that game you played in college where, by the end, you were either throwing up in the bathroom or making out with a stranger. Kings Cup is still the king of drinking games (see what I did there?) and what I love about it is that you can tweak the rules or even make up new ones along the way. “Kings! From now on no one can use the word ‘drink’ during the game.” Good luck with that one.
6. Entertain Your Guests – Invite at least one talented friend. This could be a musician, a dancer, a clown, or even a chef. It doesn’t matter, as long as they’re prepared to be put on the spot at some point in the night to put on a show. It’s a win-win: They entertain your crowd for free and they get invited to the next party.
7. Play Match-Maker – Know a couple of stand-up individuals in your circle of friends who haven’t found the right one (yet)? Perfect! Act as matchmaker. Whether or not they hit it off by the end of the night, they’ll thank you for your well-meaning efforts. You never know – they may just name their baby after you.
8. Throw a Dance Party – Halfway into the night guests will be chilling on the patio, deck, or huddled inside if the weather’s chilly… That’s when you ask Alexa to throw on some party tunes! Watch as your normally shy friends bust out the Floss. Ah DMX never sounded so good.
9. Make It a Potluck – Make the party a Potluck Party and that will certainly take a lot of the stress off of hosting. You can designate one cook, or guests may use the grill to cook their own food (this comes with an obvious warning).
10. BYOB – Ask guests to “Bring Your Own Booze.” This seems evident but it’s worth mentioning. Imagine the PR nightmare if you ran out of booze halfway through the event – apocalyptic. If everyone brings their own booze, you can relax knowing there’ll be plenty to gulp down for the duration of the event (and even leftovers for dinner the next day!). Oh the joys of hosting. Tip: To make the party amusing put out a bowl of edibles. WARNING: Make sure your guests know they’re edibles! If they’ve never tried them advise doing just a little so your guests don’t disappear halfway through the night. I recommend gummy bears, but just the head.

Cameron is a freelance writer based in Toronto and part-time party planner cbrtnik.com 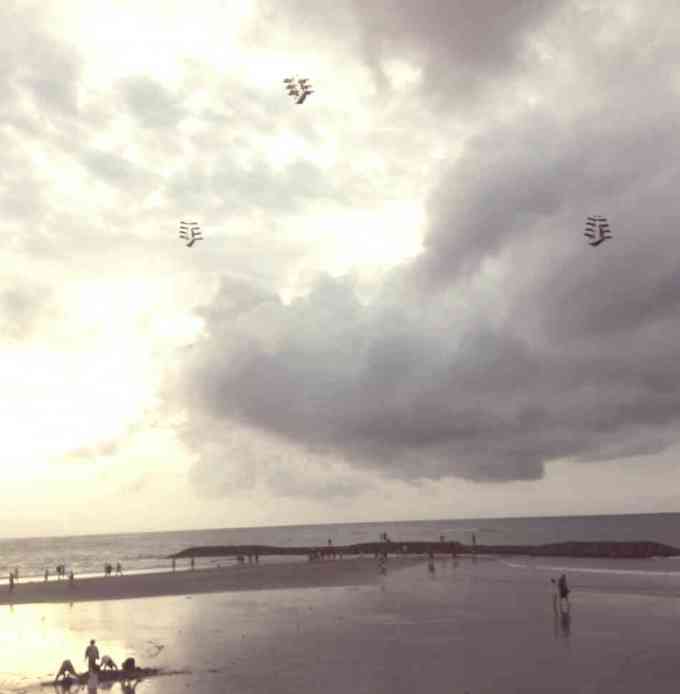 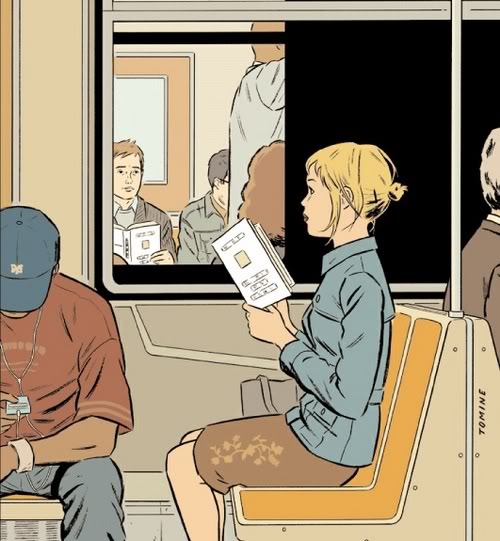 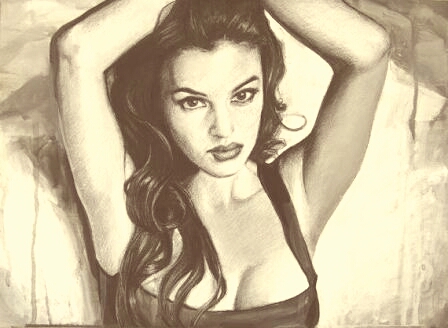 “Stop it…” she said, but he just smiled. He loved the shape of her ass. He knew she really wanted it and was just acting “innocent” (Pfft, like those existed anymore!) She was pulling the typical ASD – Anti Slut Defense – but he knew she was really just a whore. They all were, he knew. “No,” he teased her. She let his hand go a little further this time…”Please stop…” but he knew that really meant, “Please baby, keep going…” He kept his hand there and changed the song on his iTunes; she didn’t push it away. R. Kelly started playing (a little mood music) and he pretended to “accidentally” slide his hand further as he turned up the volume… She clinched a bit..Bingo he affirmed to himself. He stroked ever so slightly and watched her body shudder… He could feel her getting wet now. Suddenly he felt his hand being pushed away and the familiar, “We can’t do this…” He knew just what to do: The Freezeout. He got out of bed, stopped the music and turned on the lights. “What are you doing?” she asked, surprise with a hint of worry in her voice. “I’ve got something I’ve gotta work on,” with just the perfect hint of annoyance in his. Wait for it..5..4..3..2…”Come back to bed…” He walked, defeated, back to where she was laying, her now casual body language clearly giving the “go-ahead” sign. He turned the music back on and resumed hand position; inching his rough hand up her smooth thigh, heart pumping faster, feeling a rise in his pants… Back to the wet spot, he continued his pussy-taming ritual. She started moaning now, so he allowed one finger to “slip” into the crease of her silk panties, one calloused finger connecting with the soft pussy flesh underneath. He pushed it in and delighted at how tight it was, couldn’t imagine fitting two fingers inside… He reached with his free hand to unbutton her skirt, its only, helpless button just barely holding it to her body, more of a tease than an actual safety mechanism, almost pleading open me c’mon open me I want to be free…and he could feel the button pop open, the desire to be free of its hole a relief to her entire being… He enjoys this part: slowly pulling her skirt down her long, tan legs, over her knees, easily over the hump of her smooth calves, gliding along the soles of her smooth feet, finally sliding off her toes and carelessly dropping to the floor… Then he dove in for lunch. His tongue eased into her wet, juicy pussy, and he used his joystick thumb to play with her clit like a video game, doubling her enjoyment and his… He was in heaven now – if heaven really existed this was it: her muff the clouds, her clit the halo above her angelic puss– WTF?! What the fuck was that?! He felt something trickle down his face did she just come? but it was red. Suddenly a sickening thought: was she on her period?? But there was no awful reek coming from down there… Suddenly he felt dizzy and could see actual stars in front of his eyes…. He looked up at Cathy, or Carol, or whatever the fuck her name was and saw something metallic in her hands..rectangular shaped my laptop! She was wielding it in the air and he realized, with utter amazement, that she had hit him over the head with it! “You fuckin’ bit– she whacked him over the head again. This time he really felt it and felt himself go black for a moment…. When he came to she was standing in front of the bed, half naked, holding her skirt in one hand and a knife in the other. He didn’t budge. “You fucking pervert!” She was screaming now. “I told you to stop!!” “Ah, you didn’t mean it c’mom, who are you kidding? You’re a whore like the rest of’em, just admit it to– She screamed and lunged at him, but his reaction was slow and sluggish. He was aware of the knife, but couldn’t manage to disarm her..and she thrust it down into the top of his head. At first he was stunned..stunned that he couldn’t disarm some weak cunt, and stunned because he could feel the sharp end of the knife in the top of his head..like an acupuncture needle that penetrated too deep, too deep… Blood shot out from the top of his head like a tiny geiser, spewing like the water fountain you drink from as a kid, the hole making a gurgling sound, gurgle, gurgle… At first he felt rage, and then he felt tired suddenly, like he could sleep for a long time..but I didn’t come yet…was the last thought the pervert ever thought before he took a long, long nap.

Cameron is a fiction writer living in Taiwan. He learned most of his Chinese from his brilliant English students cbrtnik.com